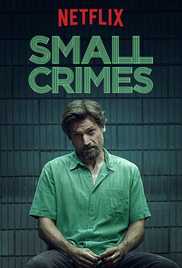 After serving a sentence for the attempted murder of a district attorney, the disgraced former police officer Joe Denton returns home after the redemption. Being a disgrace to his parents and disdained by his ex-wife, it seems things can not go any worse, and that’s when Joe finds himself trapped in the mess he left behind in the crossfire between a corrupt sheriff, the vengeful DA, And a mafia member who knows too much.